Convivial activities to do in Kathmandu

Convivial activities to do in Kathmandu

Kathmandu ancient “Kasthamandap” as the name suggest is a temple built from a single tree. It is a major tour destination among 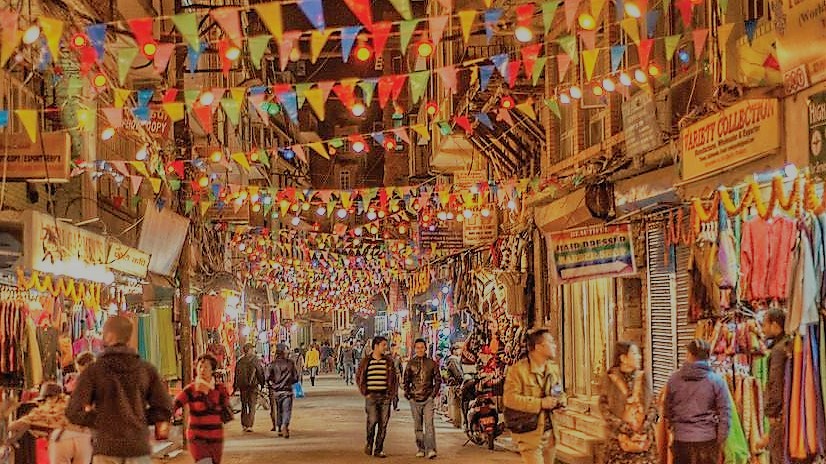 the wayfarers in Nepal. Here are some of the best endeavours tourists can do to entertain themselves in the capital city of Nepal.

Roam around Thamel: Thamel is a commercial place located at the heart of the Kathmandu City. Thamel is renowned for its narrow streets with various types of markets under the Tibetan prayer flags that can surely warm your heart while touring. Thamel can unquestionably satisfy you by serving the traditional and continental ambience. If you really want to enjoy the night-life in Kathmandu then you should definitely pay a visit at the multi-cuisine servers in this area and enjoy it with the street filled with different colorful lights.

Special Puja at Pashupatinath Temple: Pashupatinath Temple is one of the most sacred places for Hindus located on the Bank of the holy River Bagmati which is in the north east side of Kathmandu valley. This temple was enlisted in World Heritage site by UNESCO in 1979. Maha Shivaratri is one major festival that most Hindus celebrate. More than 50 thousands of visitors attend the celebration in the temple premise of Lord Pashupatinath on this day. Pashupatinath Temple’s existence dates back to 400 B.C. People believe that if you do a special puja like Ekdiwasiya Maharudi Puja or Rudripath then all of your sins will be washed away and your family will continue to live in happiness.

Take a walk down to Freak Street: Freak Street was the center of Hippies from 1960 to 1970. Freak Street, is the name that has been known since the 60s otherwise called “Jhochhen Tole”. At that time the one common reason to attract tourist was the legal trade of Marijuana and Hashish in the streets of Jhochhen. Before, this street was also known as the trading destinations for Hippies. Now a days, this location is mostly famous for handmade accessories, decorations and some tie-dyed apparels giving it a perfect “vintage hippie era street” look. The streets are paved with stone slabs, and are decorated with beautiful colorful flags. We can also find lot of arts and crafts shops, ancient items, tattoo shops, pubs, restaurants, etc.

One day excursion to the Narayanhiti Museum: Narayanhiti also known as the Royal Palace used to be the residential of Nepali Royal Family until the heart-wrenching Royal massacre that took place in 1st of June, 2001. This palace has now turned into a museum located to the east of Keshar Mahal and next to Thamel. The name, ''Narayanhiti'' is made up of two words ‘Narayana’ and ‘Hiti’. Narayan is the Hindu god Vishnu, whose temple is located opposite to the palace. ‘Hiti’ means “water spout” in Newar Language, which is also located to the east of main entrance in the precincts of the palace, a landmark that features prominently in local legends. While doing the Kathmandu Tour you should not really miss to visit this place. At present this place is open for public as a museum and if you are keen of studying and knowing about history then you should really come and visit this place.

Visiting Hanuman Dhoka Palace: Hanuman Dhoka Palace is located on the west side of Kathmandu Durbar Square. The name of the place is derived from the stone statue of Hanuman (Monkey God) that stands in the entrance of the palace and Dhoka means Door. While taking tour in Kathmandu Durbar Square you will be visiting this place and this place is a total go to ite especially for the history and art diggers.

Panoramic Mountain Flight over Himalayas: A thrilling flight over the mighty and majestic Himalayas is a must during your tour to Kathmandu.

While doing this activity you can see  most of the peaks that are highest in the world and their undefiled beauty. If you really want to do this activity then you can get some details from our Everest mountain flight package. Along with Mount Everest, views of other tallest peaks like Mt.Dhaulagiri, Mt. Amadablam, Mt. Gaurishankar  etc. can also be witnessed through the mountain flight.